Kingdom Rush MOD APK (Unlimited Money) is one of the best tower defense games on mobile with about 441000 ratings on Google Play.
4.5/5 Votes: 5,633
Report
Developer
Ironhide GamesVersion
5.6.14
Updated
Last weekRequirements
4.1 and up
Size
168MGet it on

There are many strategy games on the internet, but not all of them are as popular as King Rush – one of the best strategic tower defense games of all time! Not only one but all games of Kingdom Rush series such as Kingdom Rush Frontier, Kingdom Rush Origin or Kingdom Rush Vengeance, all have been well received by fans of the tower defense strategy genre. Almost all of the brand’s games have received extremely positive feedback from players and received very high ratings on any platform like android, ios or steam.

A massive kingdom with a vast arsenal of towers and spells at your command!

The plot of the game is in a vast kingdom that is suffering from attacks of ferocious monsters. Players’ mission is to command the kingdom army, which is divided into 4 different towers to fight against the monster horde. Four basic towers represent the 4 armies of the kingdom including militia, archers, mages and bombard. While militia barracks will produce soldiers to intercept the monster’s path, archers towers will shoot arrows at one specific monster to deal physical damage until they die or out of range. Mage towers deal magic damage which ignore enemy armor and bombard towers deal AoE damage to a group of monsters. These towers can be upgraded and evolve into 16 different towers, not only changing its appearance but also the damage output. Besides, there are some towers that are only available in specific maps.

The default mode of the game is Campaign mode, by completing level players will be rewarded from 1 to 3 stars based on how successfully it has been played, determined by the number of lives at the end of the level. After finishing all campaign maps with three stars, Heroic Challenge, Iron Challenge and Endless Mode Challenge will be unlocked. Players can choose the difficulty of the maps between Casual, Normal and Veteran before every level. The difficulty changes the Hit Points of the enemy. Monsters in Kingdom Rush are also a powerful force with more than 60 different monsters along with 11 powerful bosses. Each of them have different indexes and players will be informed before the round begins. Therefore, it requires players to improvise and construct towers the most intelligently and strategically.

Besides mighty towers, players are also equipped with two special spells which are “Rain of fire” and “Call reinforcements”. “Call reinforcement” is the first and basic spell of the game, once cast, it will spawn two soldiers that last for a certain period of time, buying time by engaging non-flying enemies. While “Rain of fire” is the second spell, when casted it will summon several meters upon the designated position and cause true damage – damage that ignores all defense and magic resistance to all enemies inside. Along with the arrangement and upgrade of the towers, the effective use of spells will lead to victory or failure of the level.

The diversity of heroes and upgrade system!

Another feature of Kingdom Rush is heroes. Heroes are special units that are controlled by the player and can be commanded to move around the map and will use abilities that differ between heroes. Unlike any other unit in the games, heroes will gain experience through battles to battles and become more powerful. Heroes have stats similar to enemies, including hit point, attack, armor, and speed. These statistics vary from one hero to the other, designed to give each hero advantages and disadvantages. Even though heroes are strong, they are not invincible. When a hero is defeated, they immediately start to heal, and will respawn after a certain length of time.

Heroes begin at level 1 and gain experience during a level by attacking enemies, before maxing out at level 10. With each new level they gain a boost in their HP and attacking strength. When a level ends, the hero reverts back to level 1. Hero stats are rated on a scale of 0 to 8 in terms of Health, Attack, Ranged Attack and Speed. Heroes have two abilities, unlocked when they reach certain levels, and gain in power just as their other stats do. There are 3 basic and free-to-play heroes which are Sir. Gerald the Lightseeker, Alleria the Swiftwind, and Malik the Hammerfury, other 9 heroes are premium and only available through in-game purchases. First, Sir. Gerald is a mighty melee hero with high health, average attack, and speed, his skills are capable of boosting allies’ power and reflect damage to the enemy. Next, Alleria is an elite elf Markman with low hit point and weak melee damage but quite high range damage as well as speed, her ability allows her to shoot multiple targets at once and summon a wild cat to fight for her as frontline. Finally, Malik – a giant with a gigantic hammer to smash his enemy, despite his low speed, he is extremely powerful with the ability to deal true damage and stun the enemy. Other heroes and their abilities are waiting for you to discover in the game!

In addition, Kingdom Rush Mod Apk also has an upgrade system. Using stars gained after every level, players can choose to upgrade 4 towers and 2 spells to become even more powerful. These upgrades can increase attack power, attack rate or attack range of the tower while the two spells will become more effective and reduce cooldown time. 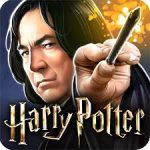 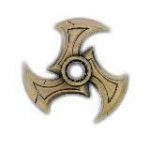 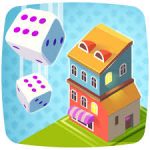 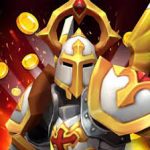